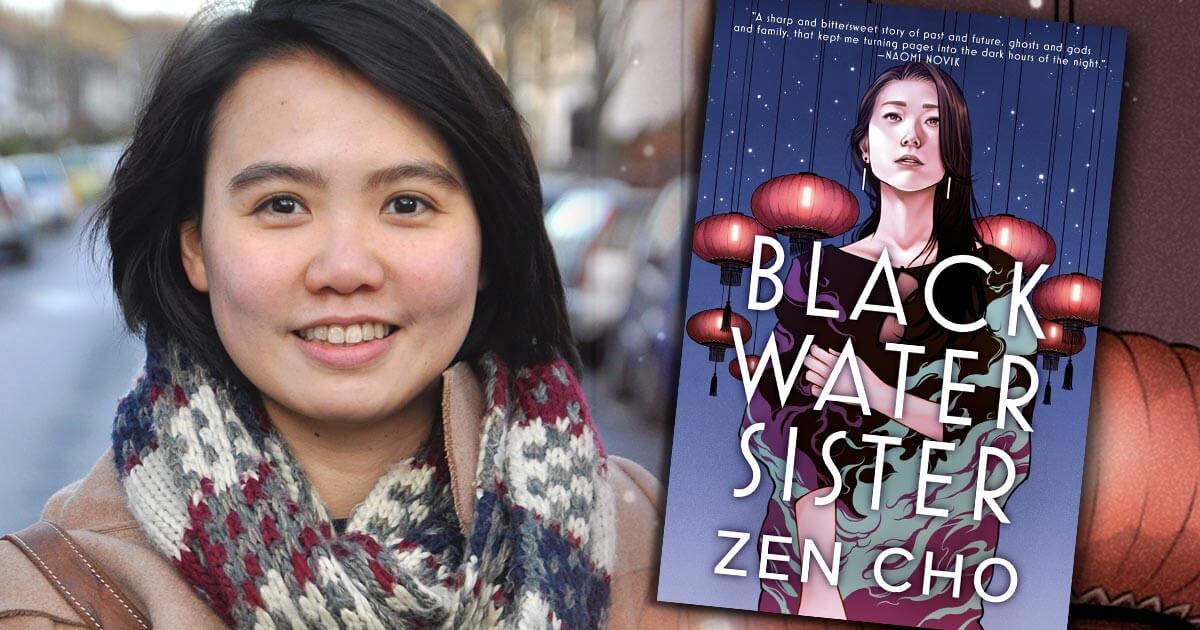 In this episode, I talk with Zen Cho, author of BLACK WATER SISTER. In this Malaysia-set urban fantasy, out-of-work college grad Jessamyn joins her struggling immigrant parents as they return to their home country.

But for Jess, who’s been an American most of her life and hides her long-distance girlfriend from her parents, reintegrating with overbearing family and unfamiliar customs is highly stressful. Made all the worse when Jess’s recently deceased grandmother, Ah Ma, takes up residence in her mind.

As Ah Ma begins domineering her body, Jess is pulled into a supernatural conflict between her grandmother’s patron deity—the Black Water Sister—and a dangerous gang boss. Jess fights to reclaim control of her destiny while seeking retribution for her grandmother, but failure could spell doom from a number of directions, including Ah Ma’s own mysterious god.

Zen Cho is the author of the Sorcerer to the Crown novels, the novella The Order of the Pure Moon Reflected in Water and a short story collection, Spirits Abroad. Her newest novel is Black Water Sister, a contemporary fantasy set in Malaysia. Zen is a Hugo, Crawford and British Fantasy Award winner, and a finalist for the Lambda, Locus and Astounding Awards. She was born and raised in Malaysia, resides in the UK, and lives in a notional space between the two.

A reluctant medium discovers the ties that bind can unleash a dangerous power in this compelling Malaysian-set contemporary fantasy.

When Jessamyn Teoh starts hearing a voice in her head, she chalks it up to stress. Closeted, broke and jobless, she’s moving back to Malaysia with her parents – a country she last saw when she was a toddler.

She soon learns the new voice isn’t even hers, it’s the ghost of her estranged grandmother. In life, Ah Ma was a spirit medium, avatar of a mysterious deity called the Black Water Sister. Now she’s determined to settle a score against a business magnate who has offended the god—and she’s decided Jess is going to help her do it, whether Jess wants to or not.

Drawn into a world of gods, ghosts, and family secrets, Jess finds that making deals with capricious spirits is a dangerous business, but dealing with her grandmother is just as complicated. Especially when Ah Ma tries to spy on her personal life, threatens to spill her secrets to her family and uses her body to commit felonies. As Jess fights for retribution for Ah Ma, she’ll also need to regain control of her body and destiny – or the Black Water Sister may finish her off for good.