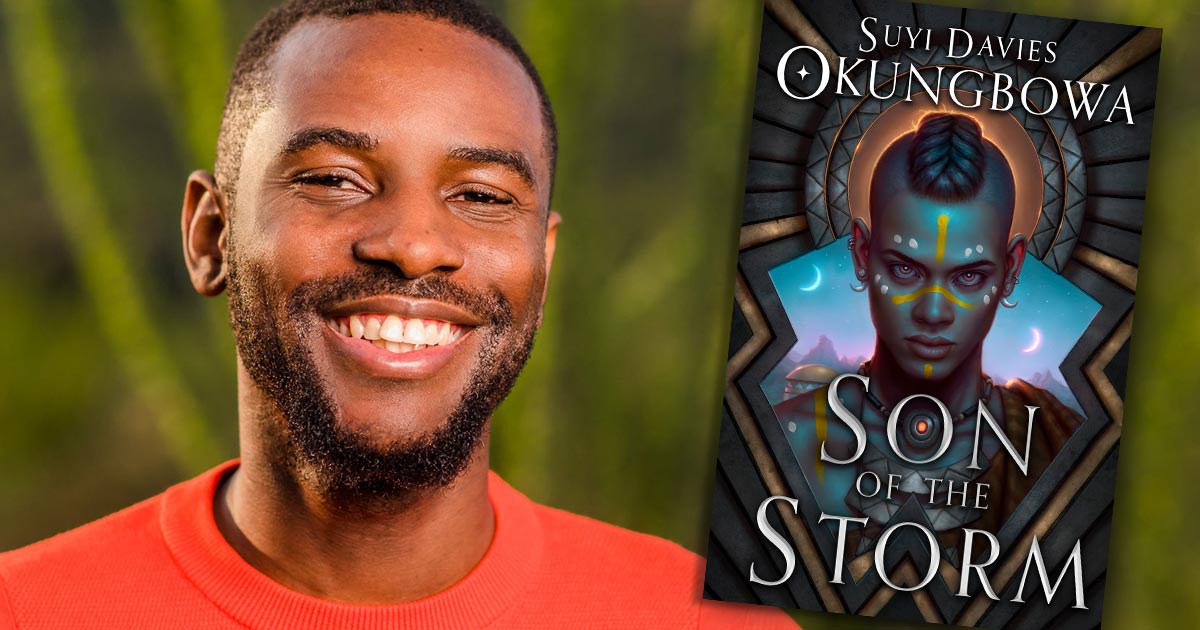 I’m joined in this episode by Suyi Davies Okungbowa, author of SON OF THE STORM. In the thriving but socially stratified city of Bassa, a young scholar named Danso struggles with family expectations and cultural pressures. Worse, he’s discovered lost historical lore at odds with the approved political narrative—knowledge he’s sworn to forget, but cannot let go of.

The course of his life alters when he encounters a skin-changing warrior who, by all accounts, shouldn’t exist. The journey that follows sets Danso against an enormous conspiracy, of violently suppressed histories, elicit magic, and forbidden lands. Their efforts could reshape an empire—or cost them everything.

The first book in THE NAMELESS REPUBLIC fantasy series, SON OF THE STORM arrives May 11th from Orbit Books:

Mentioned in this Interview

As a speaker and instructor, Suyi teaches college-level writing, earning his MFA at the University of Arizona. He has guest-lectured public workshops at venues like the Piper Writing Centre at ASU and the Tucson Festival of Books, as well as appeared at various conferences, conventions, readings and school visits, including at the University of Washington and the University of Chicago. His work has earned him features in the San Francisco Chronicle, NPR and a Carl Brandon Society scholarship.

About SON OF THE STORM

From one of the most exciting new storytellers in epic fantasy, Son of the Storm is a sweeping tale of violent conquest and forgotten magic set in a world inspired by the pre-colonial empires of West Africa.

In the ancient. city of Bassa, Danso is a clever scholar on the cusp of achieving greatness—only he doesn’t want it. Instead, he prefers to chase forbidden stories about what lies outside the city walls. The Bassai elite claim there is nothing of interest. The city’s immigrants are sworn to secrecy.

But when Danso stumbles across a warrior wielding magic that shouldn’t exist, he’s put on a collision course with Bassa’s darkest secrets. Drawn into the city’s hidden history, he sets out on a journey beyond its borders. And the chaos left in the wake of his discovery threatens to destroy the empire.