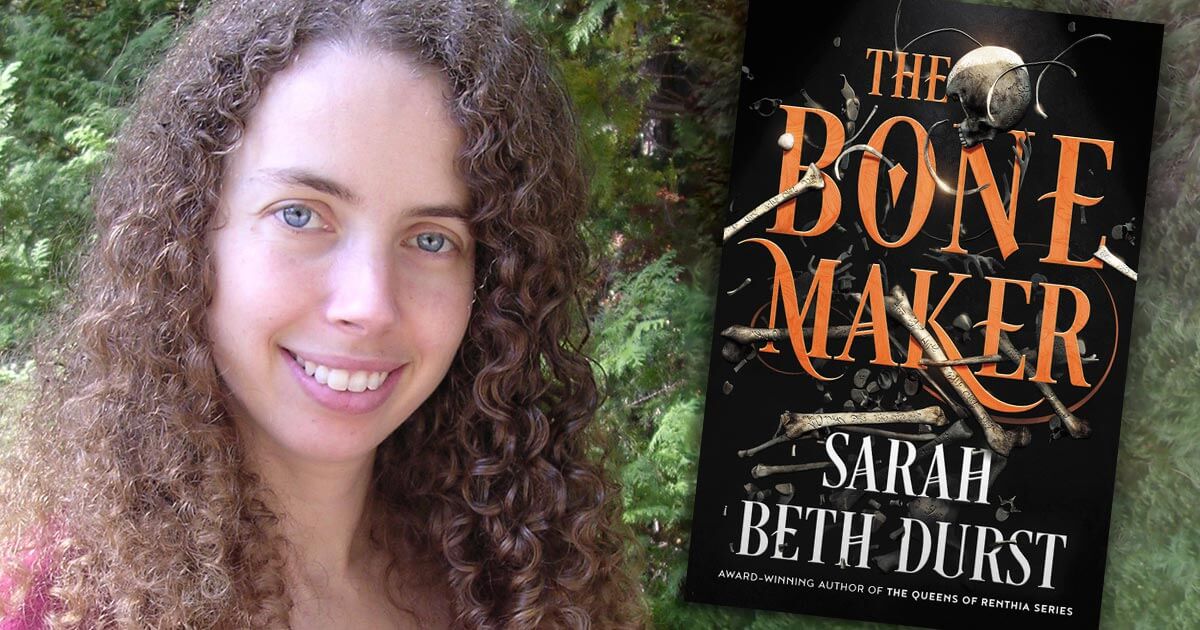 Cinema Mode Subscribe
TwitterFacebookRedditEmail
THE BONE MAKER author Sarah Beth Durst talks about her dark (but hopeful) fantasy novel. We discuss this standalone story's exploration of second chances, the hero's relationship with the idea of being a hero, and how relationships evolve under the weight of time, duty, and trauma.

In this episode, I’m joined by Sarah Beth Durst, author of THE BONE MAKER. In this standalone Fantasy novel, a team of renowned heroes are reunited after 25 years to avenge a painful loss and once again face a dangerous force of dark magic. But the decades between a great victory and their reunion have not been kind—to their minds, bodies, and friendships. And some of them are willing to break the most sacred laws of their land to restore what they love most.

THE BONE MAKER is available now from Harper Voyager:

Sarah Beth Durst is the award-winning author of over twenty-two fantasy books for adults, teens, and kids, including The Queens of Renthia series, Drink Slay Love, and Spark. Her last book, Race the Sands, was named an Amazon Best Science Fiction and Fantasy Book of the Year, one of Buzzfeed’s Must-Read Fantasy Books for April 2020, was included in Kirkus Reviews’ Best Science Fiction/Fantasy Reads for April 2020, and so much more. She has won an ALA Alex Award and a Mythopoeic Fantasy Award, and has been a finalist for SFWA’s Andre Norton Nebula Award three times. Sarah is a graduate of Princeton University and lives in Stony Brook, New York, with her husband, her children, and her ill-mannered cat.

About THE BONE MAKER

From award-winning author Sarah Beth Durst, a standalone epic fantasy set in a brand-new world of towering mountains and sparkling cities, in which a band of aging warriors have a second chance to defeat dark magic and avenge a haunting loss.

Twenty-five years ago, five heroes risked their lives to defeat the bone maker Eklor—a corrupt magician who created an inhuman army using animal bones. But victory came at a tragic price. Only four of the heroes survived.

Since then, Kreya, the group’s leader, has exiled herself to a remote tower and devoted herself to one purpose: resurrecting her dead husband. But such a task requires both a cache of human bones and a sacrifice—for each day he lives, she will live one less.

She’d rather live one year with her husband than a hundred without him, but using human bones for magic is illegal in Vos. The dead are burned—as are any bone workers who violate the law. Yet Kreya knows where she can find the bones she needs: the battlefield where her husband and countless others lost their lives.

But defying the laws of the land exposes a terrible possibility. Maybe the dead don’t rest in peace after all.

Five warriors—one broken, one gone soft, one pursuing a simple life, one stuck in the past, and one who should be dead. Their story should have been finished. But evil doesn’t stop just because someone once said, “the end.”