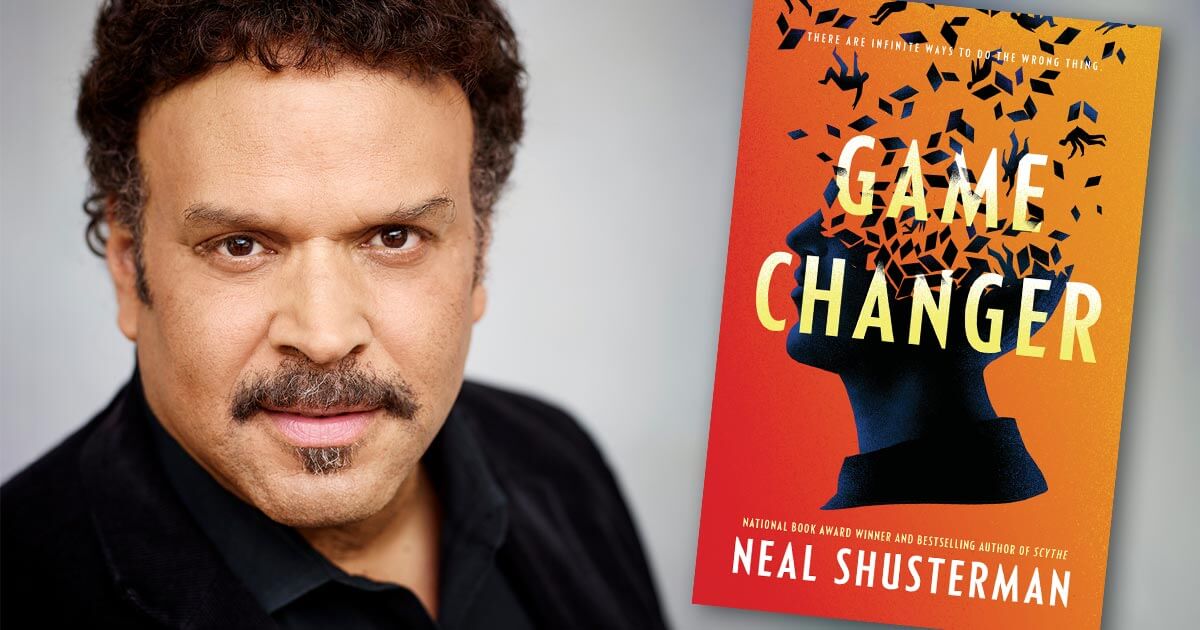 Cinema Mode Subscribe
TwitterFacebookRedditEmail
GAME CHANGER author Neal Shusterman talks about his thoughtful & propulsive young adult sci-fi novel. We discuss the story as an 'empathy primer'—exploring a center-of-their-own-world protagonist who is not the hero—and why his writing process begins with a completely handwritten first draft.

I’m joined in this episode by Neal Shusterman, author of GAME CHANGER. This young adult sci-fi novel follows Ash, a pretty average middle class kid with few ambitions beyond winning football games and hanging out with his friends.

That all changes when a hard hit on the football field alters Ash’s world, but in a way only he seems to notice. Suddenly all the stop signs are blue and, to his rising anxiety, nobody thinks that’s weird or even remembers them being red.

Another game, another impact and Ash’s world shifts more dramatically. Now he drives a fancy car, his parents have money, his difficult brother has a good relationship with him. But in this new version of his world, he’s also made some terrible and dangerous choices—ones that affect this friends, his community, and his safety.

With each dimensional transition, Ash sees his life and perspectives alter more radically. In every world that is almost, but not quite, his own, he is challenged by his shortcomings, and the ways he has let down those he loves most. Ash will need to harness his dimension-hopping ability swiftly, or risk letting his true life vanish entirely from existence.

GAME CHANGER is introspective and propulsive YA sci-fi, published by Quill Tree Books and available now:

Neal Shusterman is the New York Times best-selling author of over thirty novels for children, teens, and adults. He won the 2015 National Book Award for Young People’s Literature for Challenger Deep-and his novel, Scythe, was a 2017 Michael L. Printz Honor book—and is in development with Universal Studios as a feature film. His novel, Unwind, has become part of the literary canon in many school districts across the country-and has won more than thirty domestic and international awards. He co-wrote his most recent novel, Dry, with his son Jarrod, and in addition to being on numerous award lists, Dry is currently in development with Paramount Pictures. His upcoming novel, Game Changer, is in development with Netflix as a TV series, and he is co-writing the pilot episode.

All it takes is one hit on the football field, and suddenly Ash’s life doesn’t look quite the way he remembers it.

Impossible though it seems, he’s been hit into another dimension—and keeps on bouncing through worlds that are almost-but-not-really his own.

And if he isn’t careful, the world he’s learning to see more clearly could blink out of existence…

This high-concept novel from the National Book Award-winning and New York Times-bestselling author of the Arc of a Scythe series tackles the most urgent themes of our time, making this a must-buy for readers who are starting to ask big questions about their own role in the universe.