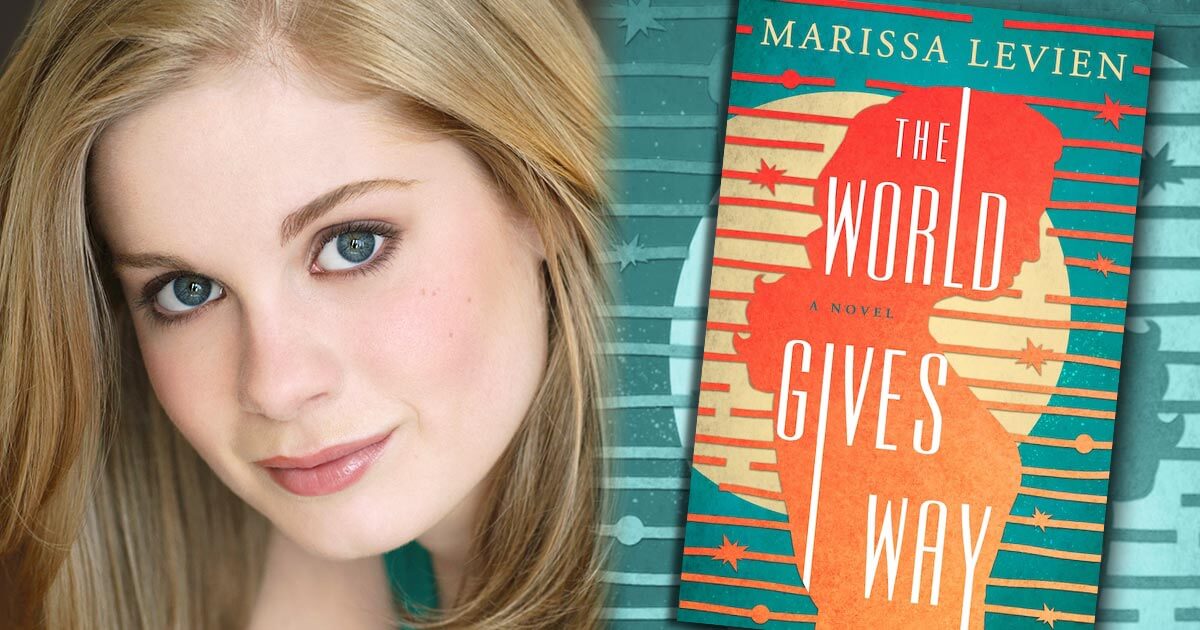 Cinema Mode Subscribe
TwitterFacebookRedditEmail
Marissa Levien, author of THE WORLD GIVES WAY, talks about her dystopian apocalypse story set on an interstellar generation ship. We discuss the cat-and-mouse chase plot, exploring character's perception of their 'world', and how to use different POVs to set tone and audience expectation.

I’m joined in this episode by Marissa Levien, author of THE WORLD GIVES WAY. In this debut science fiction novel, humanity is 150 years away from earth aboard an enormous generation ship, headed towards a distant planet. Inside, though, life continues on much as it always has: the mega-rich live in luxury. The middle class does the best it can. And indentured workers serve out contracts, their lives sold away generations ago for passage.

Myrra is a contract worker, owned by the rich and powerful Carlyles. She dreams of the day, in 50 years, when she will be free. But freedom comes sooner than anticipated when the Carlyles take their own lives. In her care, they leave their infant daughter—and a shocking, unbearable secret.

Now Myrra is on the run, evading authorities who believe her a thief and murderer. Let loose in the only world she’s ever known—a world now on the brink of complete destruction.

Marissa Levien is a writer and artist who hails from Washington State and now lives in New York with a kindly journalist and their two cats. She received her MFA from Stony Brook University in 2019.

About THE WORLD GIVES WAY

In a near-future world on the brink of collapse, a young woman born into servitude must seize her own freedom in this glittering debut with a brilliant twist—perfect for fans of Station Eleven, Karen Thompson Walker, and Naomi Alderman.

In fifty years, Myrra will be free.

Until then, she’s a contract worker. Ever since she was five, her life and labor have belonged to the highest bidder on her contract—butchers, laundries, and now the powerful, secretive Carlyles.

But when one night finds the Carlyles dead, Myrra is suddenly free a lot sooner than she anticipated—and at a cost she never could have imagined. Burdened with the Carlyles’ orphaned daughter and the terrible secret they died to escape, she runs. With time running out, Myrra must come face to face with the truth about her world—and embrace what’s left before it’s too late.

A sweeping novel with a darkly glimmering heart, The World Gives Way is an unforgettable portrait of a world in freefall, and the fierce drive to live even at the end of it all.