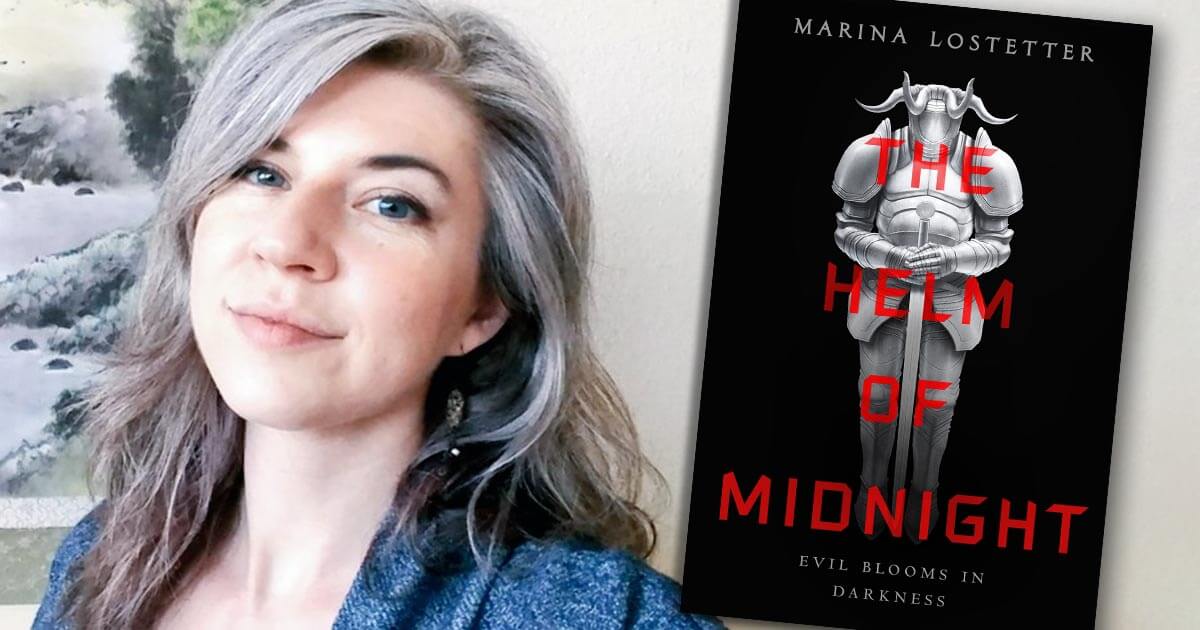 Cinema Mode Subscribe
TwitterFacebookRedditEmail
THE HELM OF MIDNIGHT author Marina Lostetter discusses her mystery-infused dark fantasy novel. We dig deep into her elaborate world-building and object-based magic system, how she discovered the story's themes, and her messy, start-at-the-end plotting methodology.

My guest this episode is Marina J. Lostetter, author of THE HELM OF MIDNIGHT. With a genre-defying blend of fantasy, thriller, and mystery, this novel follows a Regulator named Krona as she investigates the high profile heist of powerful magical artifacts.

The death mask of a notorious serial killer has been stolen, effectively returning him from beyond the grave to kill again. But these are not just random acts of murder, but instead works of singular, deadly purpose.

As Krona and the Regulators investigate, what they discover may implicate more than ordinary men and monsters. And the price for these terrible truths may be worse than madness.

THE HELM OF MIDNIGHT, the first novel in The Five Penalties series, is available now from TOR Books:

The open skies and dense forests of the Pacific Northwest are ideal for growing speculative fiction authors–or, at least, Marina would like to think so. Originally from Oregon, she now resides in Arkansas with her spouse, Alex. In her spare time she enjoys globetrotting, board games, and all things art-related.

Her original short fiction has appeared in venues such as Lightspeed, Uncanny, and Shimmer Magazine.  Her debut novel, NOUMENON, and its sequels, NOUMENON INFINITY and NOUMENON ULTRA, are available from Harper Voyager.  Her first fantasy novel, THE HELM OF MIDNIGHT, is out now from Tor. In addition, she has written tie-in materials for Star Citizen and the Aliens franchise.

About THE HELM OF MIDNIGHT

Hannibal meets Mistborn in Marina Lostetter’s THE HELM OF MIDNIGHT, the dark and stunning first novel in a new trilogy that combines the intricate worldbuilding and rigorous magic system of the best of epic fantasy with a dark and chilling thriller.

In a daring and deadly heist, thieves have made away with an artifact of terrible power—the death mask of Louis Charbon. Made by a master craftsman, it is imbued with the spirit of a monster from history, a serial murderer who terrorized the city.

Now Charbon is loose once more, killing from beyond the grave. But these murders are different from before, not simply random but the work of a deliberate mind probing for answers to a sinister question.

It is up to Krona Hirvath and her fellow Regulators to enter the mind of madness to stop this insatiable killer while facing the terrible truths left in his wake.