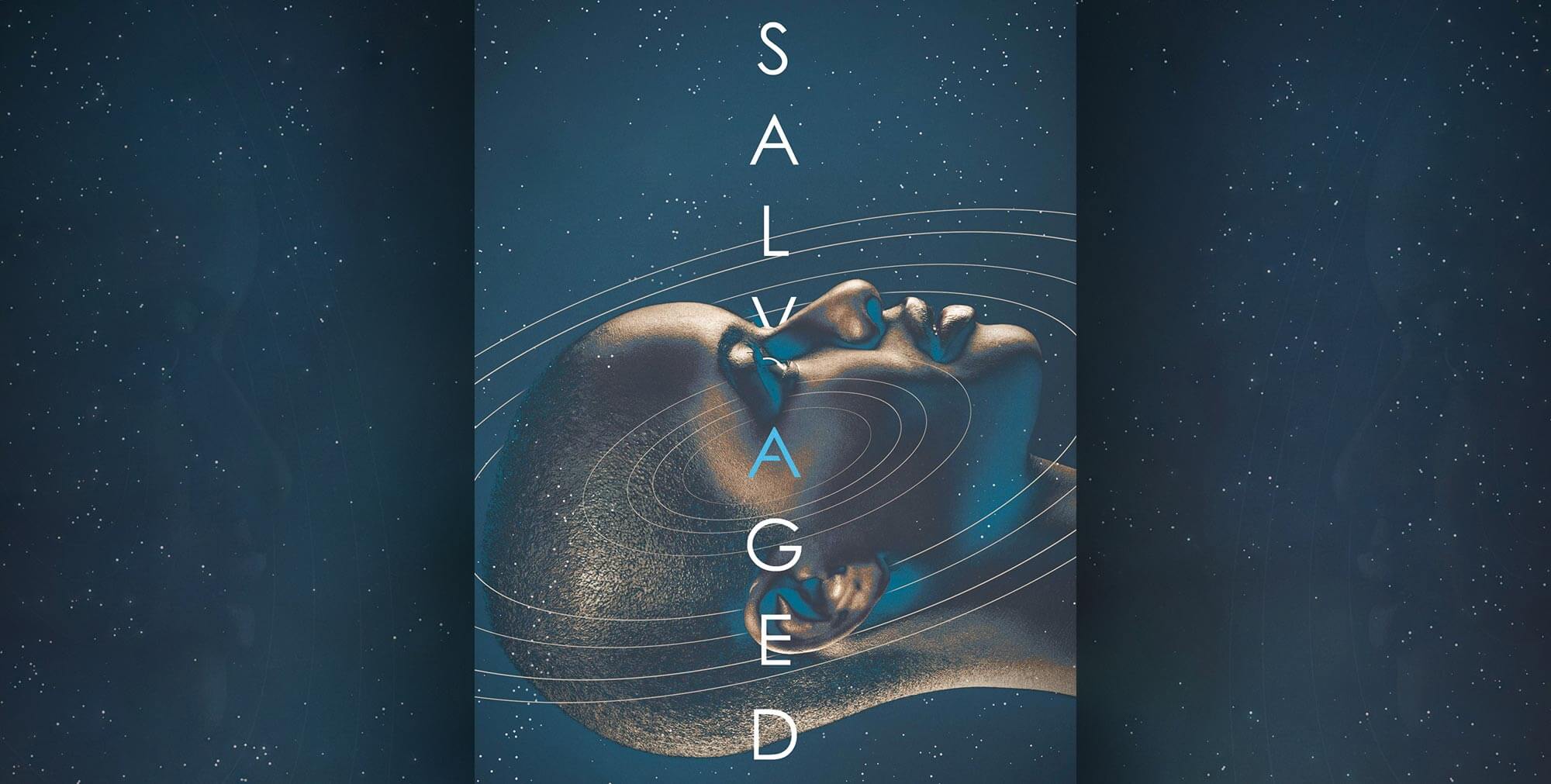 In this episode, I’m joined by author Madeleine Roux. Her previous work includes the popular YA horror ASYLUM and HOUSE OF FURIES series. Her latest novel is the adult sci-fi thriller SALVAGED.

Set in deep space, SALVAGED follows Rosalyn Devar, a bioengineer from an influential family who has fled past traumas for the unglamorous life of a “space janitor”. When catastrophic failures leave valuable ships floating in the void full of dead crew, Rosalyn and her fellow salvagers are sent out to clean up the human remains and send the ships home.

Her latest assignment delivers her to the Brigantine, a research vessel gone dark. But, once aboard, Rosalyn discovers that the crew are still quite alive. But, with gaping wounds, glowing blue eyes, and a parasitic hive-mind wrestling for control of their identities, they are no longer precisely human. What follows is a desperate fight to keep the parasite from dominating humanity itself, as Rosalyn seeks allies among the infected, while struggling with her own inner demons.

SALVAGED arrives October 15th from ACE Books. Buy it at Amazon, Barnes and Noble, Books-a-Million, IndieBound, or wherever books are sold.

Madeleine Roux is the New York Times bestselling author of the Asylum series, which has sold into eleven countries around the world and whose first book was named a Teen Indie Next List Pick. She is also the author of the House of Furies series and has made contributions to Star Wars, World of Warcraft, and New Scary Stories to Tell in the Dark. A graduate of the Beloit College writing program, Madeleine now lives with her beloved dog in Seattle, Washington.

A woman on the run. A captain adrift in space. One of them is infected with an alien parasite.

In this dark science fiction thriller, a young woman must confront her past so the human race will have a future.

Rosalyn Devar is on the run from her famous family, the bioengineering job she’s come to hate, and her messed-up life. She’s run all the way to outer space, where she’s taken a position as a “space janitor,” cleaning up ill-fated research expeditions. But no matter how far she goes, Rosalyn can’t escape herself. After too many mistakes on the job, she’s given one last chance: take care of salvaging the Brigantine, a research vessel that has gone dark, with all crew aboard thought dead.

But the Brigantine’s crew are very much alive—if not entirely human. Now Rosalyn is trapped on board, alone with a crew infected by a mysterious parasitic alien. The captain, Edison Aries, seems to still maintain some control over himself and the crew, but he won’t be able to keep fighting much longer. Rosalyn and Edison must find a way to stop the parasite’s onslaught… or it may take over the entire human race.

Writer Clay McLeod Chapman discusses his new meta-horror thriller THE REMAKING (Quirk Books), including his creative process, and how the novel questions our relationship with story and the people who […]

K.B. Wagers — “A Pale Light in the Black” Author