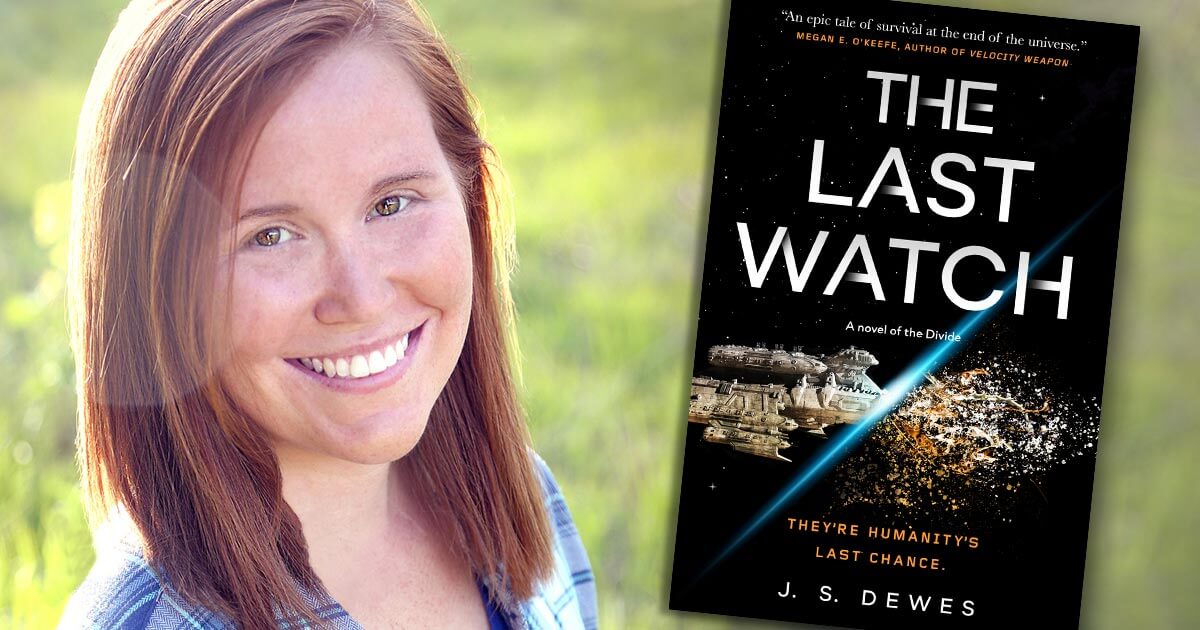 I’m joined in this episode by J.S. Dewes, author of THE LAST WATCH. This science fiction adventure starts on the very edge of the universe, where a lonely military ship sits watch over the Divide. It’s a quiet, isolated life for a bunch of misfit soldiers dropped where they can’t cause any more problems.

Quiet, until the Divide itself starts to collapse, and they find themselves unable to send warnings or signal for help, and with very limited chance of escape. With everything at stake, the ship’s commanding officer must rally every bit of ingenuity, competency, and courage from her crew of castoffs and exiles. Because the very survival of humanity depends on them.

Mentioned in This Episode

J.S. Dewes is an author, cinematographer, and video editor with a degree in film production from Columbia College Chicago. Jenny cut her narrative teeth writing scripts for award-winning feature films and shorts which have screened at festivals and conventions all across the United States. A creative a heart, she enjoys video games, drawing, photography, graphic design, Pinterest, and all things visual.

About THE LAST WATCH

The Expanse meets Game of Thrones in J. S. Dewes’s fast-paced, sci-fi adventure The Last Watch, where a handful of soldiers stand between humanity and annihilation.

It’s the edge of the universe.

Now it’s collapsing—and taking everyone and everything with it.

The only ones who can stop it are the Sentinels—the recruits, exiles, and court-martialed dregs of the military.

At the Divide, Adequin Rake commands the Argus. She has no resources, no comms—nothing, except for the soldiers that no one wanted. Her ace in the hole could be Cavalon Mercer–genius, asshole, and exiled prince who nuked his grandfather’s genetic facility for “reasons.”