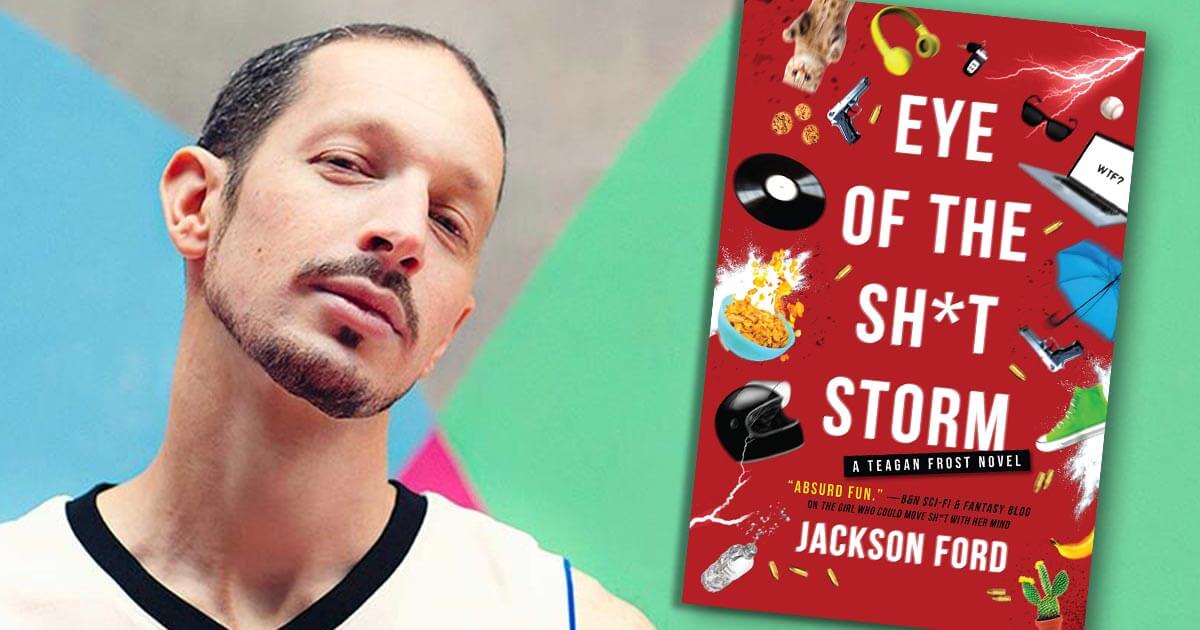 Cinema Mode Subscribe
TwitterFacebookRedditEmail
EYE OF THE SH*T STORM author Jackson Ford (aka Rob Boffard) talks about The Frost Files—his exciting, hilarious, psychokinetic science fiction series that also includes THE GIRL WHO COULD MOVE SH*T WITH HER MIND and RANDOM SH*T FLYING THROUGH THE AIR.

I’m joined in this episode by Jackson Ford, author of THE FROST FILES modern day sci-fi series, which follows the misadventures of telekinetic and involuntary government operative Teagan Frost.

The series includes THE GIRL WHO COULD MOVE SH*T WITH HER MIND and RANDOM SH*T FLYING THROUGH THE AIR, both of which are available now. The third book, EYE OF THE SH*T STORM, arrives April 27th from Orbit Books.

Where to purchase these books:

Book 1 — THE GIRL WHO COULD MOVE SH*T WITH HER MIND:

Writes the ongoing Frost Files series. The series has been picked up for TV by CBS/Secret Hideout.

Proud South African. Born in Johannesburg. Splits time between London and Vancouver. Visited forty-plus countries. May or may not have been banned from some of them over a horrible misunderstanding about burning cars.

About THE GIRL WHO COULD MOVE SH*T WITH HER MIND

Sure, she’s got telekinetic powers – a skill that the government is all too happy to make use of, sending her on secret break-in missions that no ordinary human could carry out. But all she really wants to do is kick back, have a beer, and pretend she’s normal for once.

But then a body turns up at the site of her last job – murdered in a way that only someone like Teagan could have pulled off. She’s got 24 hours to clear her name – and it’s not just her life at stake.

If she can’t unravel the conspiracy in time, her hometown of Los Angeles will be in the crosshairs of an underground battle that’s on the brink of exploding…