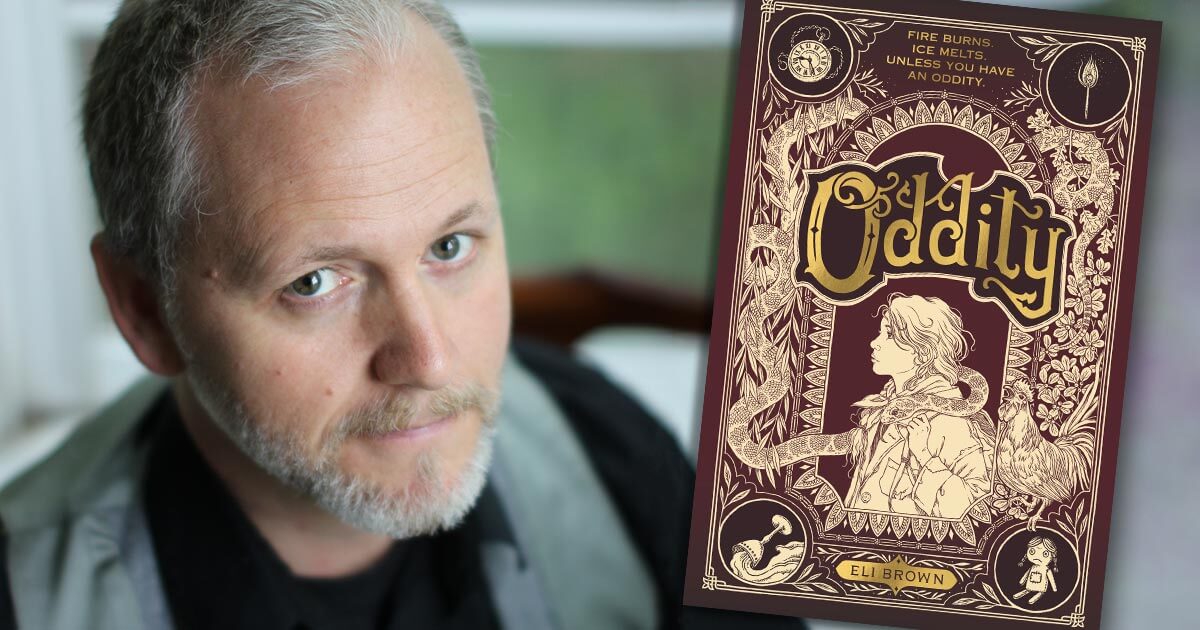 I’m joined in this episode by Eli Brown, author of ODDITY. This historical fantasy for young readers shows us an alternate 1800s North America where the Louisiana Purchase failed. With the land divided, the return of war between the States and France looms large, and the woods are patrolled by soldiers and terrifying animal constructs.

The young Clover Elkin flees across these borderlands, away from evil men who killed her father, and searching for answers—about her family’s mysterious past, and the single, necessary thing her father swore her to protect. Because this is a world of Oddities — mundane objects possessed of strange and miraculous powers.

Accompanied by a talking rooster, a teenage charlatan, a super-strong rag doll, and a venomous viper, Clover must learn the truth of her Oddity, or become a pawn in a war for a nation’s history.

As a child, Eli Brown’s imagination was set ablaze by the mythologies of the world. He was particularly interested in magical objects, such as Odysseus’s bag of wind, Arjuna’s Bow, Bilbo’s ring, and Jack’s beans.

Brown’s first novel, THE GREAT DAYS (Boaz Publications), won the Fabri Prize for Literature. Publishers Weekly called it “…a harrowing, convincing look into the heart of cult life that should linger with readers.”

A Yaddo fellow and featured reader at Litquake, Brown earned his MFA from Mills college. He lives with his family in Northern California where the squirrels bury acorns in his garden and cats bury worse.

The daughter of a murdered physician vows to protect the magical Oddity he left behind in an alternate nineteenth century where a failed Louisiana Purchase has locked a young Unified States into conflict with France.

It’s the early 1800s, and Clover travels the impoverished borderlands of the Unified States with her father, a physician. See to the body before you, he teaches her, but Clover can’t help becoming distracted by bigger things, including the coming war between the US and France, ignited by a failed Louisiana Purchase, and the terrifying vermin, cobbled together from dead animals and spare parts, who patrol the woods.

Most of all, she is consumed with interest for Oddities, ordinary objects with extraordinary abilities, such as a Teapot that makes endless amounts of tea and an Ice Hook that freezes everything it touches. Clover’s father has always disapproved of Oddities, but when he is murdered, Clover embarks on a perilous mission to protect the one secret Oddity he left behind. And as she uncovers the truth about her parents and her past, Clover emerges as a powerful agent of history.