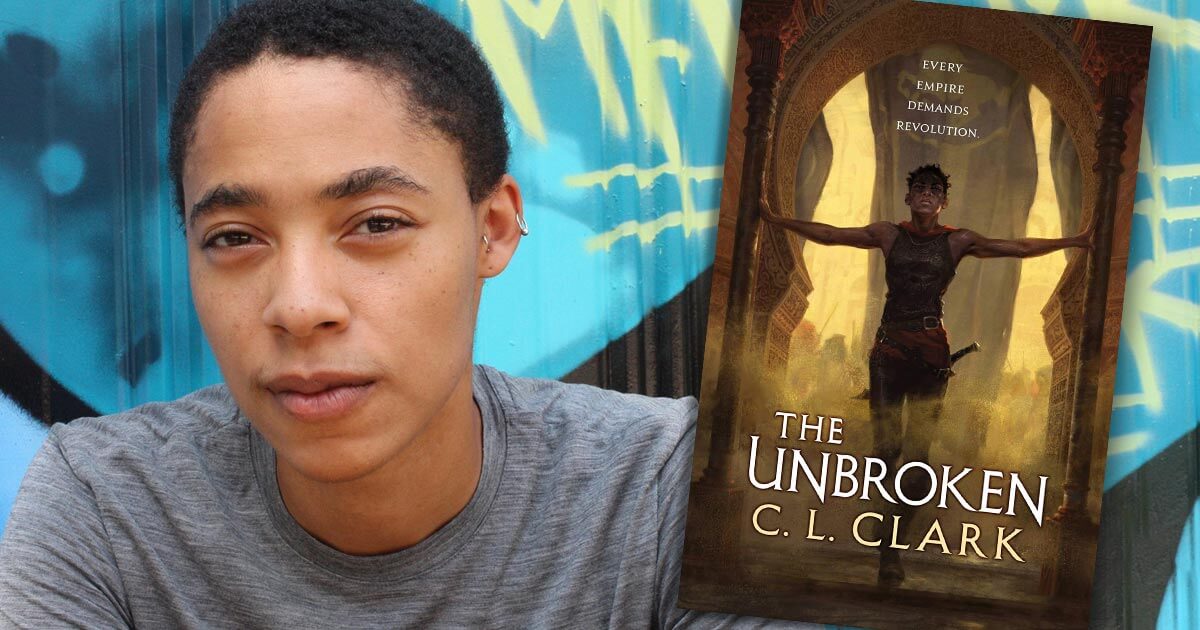 Cinema Mode Subscribe
TwitterFacebookRedditEmail
THE UNBROKEN author C.L. Clark discusses her brutal and complex military fantasy debut about a conscripted soldier returned to her homeland, and a princess in search of a turncoat. We talk about the novel's examination of colonialism, and the power imbalance at the heart of the story's romance.

I’m joined in this episode by C.L. Clark, author of THE UNBROKEN,  a brutal and complex military fantasy novel that follows a colonial soldier returned to the homeland she was stolen from, and a princess in search of a turncoat to help throw her uncle off the throne.

The first book in the MAGIC OF THE LOST series, THE UNBROKEN arrives March 23rd from Orbit Books:

C.L. Clark graduated from Indiana University’s creative writing MFA. She’s been a personal trainer, an English teacher, and an editor, and is some combination thereof as she travels the world. When she’s not writing or working, she’s learning languages, doing P90something, or reading about war and [post-]colonial history. Her short fiction has appeared in Beneath Ceaseless Skies, FIYAH, PodCastle and Uncanny.

In an epic fantasy unlike any other, two women clash in a world full of rebellion, espionage, and military might on the far outreaches of a crumbling desert empire.

Touraine is a soldier. Stolen as a child and raised to kill and die for the empire, her only loyalty is to her fellow conscripts. But now, her company has been sent back to her homeland to stop a rebellion, and the ties of blood may be stronger than she thought.

Luca needs a turncoat. Someone desperate enough to tiptoe the bayonet’s edge between treason and orders. Someone who can sway the rebels toward peace, while Luca focuses on what really matters: getting her uncle off her throne.

Through assassinations and massacres, in bedrooms and war rooms, Touraine and Luca will haggle over the price of a nation. But some things aren’t for sale.