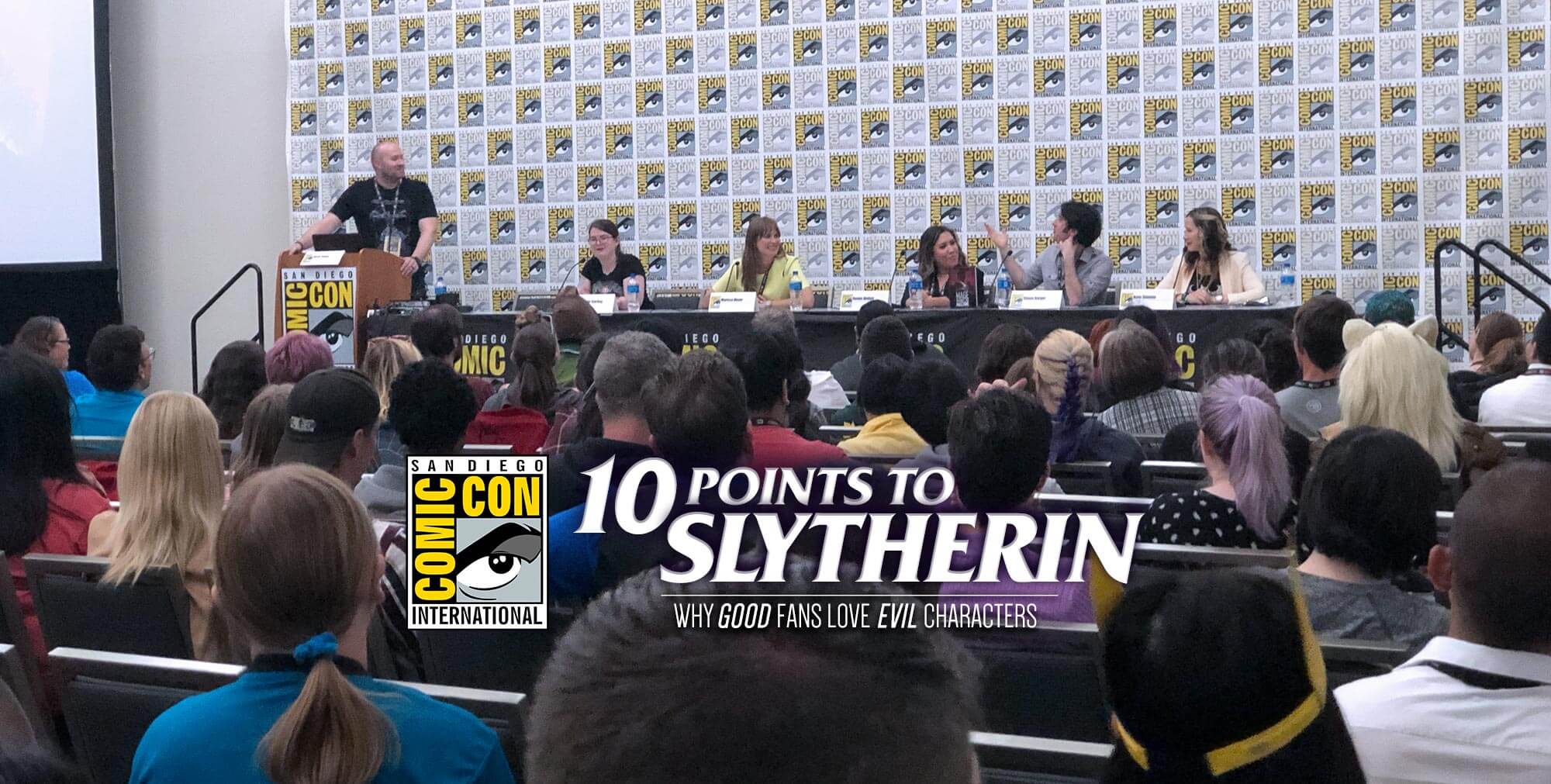 This episode was recorded live this past summer at San Diego Comic-Con 2019. It’s a panel discussion called 10 Points to Slytherin: Why Good Fans Love Evil Characters, and it features an awesome group of writers, including:

I’ve done this panel at a number of different conventions, and I love how each group of speakers brings very unique observations to this examination of villains and why we find them so compelling. It’s an entertaining and thought-provoking discussion from a fandom perspective, and there’s also a lot to chew on for writers who want to create great antagonists.

Since this is a live recording, the audio quality is a bit all over the place, and some speakers are louder than others. But we had a blast with an enthusiastic crowd, and I think you’ll have a lot of fun with this one, too.

Marissa Meyer is the #1 New York Times–bestselling author of  The Renegades Trilogy, which concludes with Supernova this November. She is also the author of The Lunar Chronicles series and Heartless. She lives in Tacoma, Washington, with her husband and their two daughters.

Renée Ahdieh is the author of Flame in the Mist and Smoke in the Sun as well as the #1 New York Times bestselling The Wrath and the Dawn and its sequel, The Rose and the Dagger. She lives in Charlotte, North Carolina, with her husband and their tiny overlord of a dog.

Keto Shimizu was accepted into NBC’s “Writers on the Verge” in 2009, and shortly thereafter was staffed on NBC’s The Cape. She moved on to SyFy’s Being Human where she spent two seasons.  She was then brought on to CW’s Arrow, and after three years writing for the DC comic adaptation she transferred to the spinoff Legends of Tomorrow where she is currently a writer and Executive Producer.

Caitlin Starling is a writer and spreadsheet-wrangler who lives near Portland, Oregon. She writes horror-tinged speculative fiction of all flavors. Her first novel, The Luminous Dead, is out now from Harper Voyager. Caitlin is also embarking into the world of narrative design for interactive theater and games, and is always on the lookout for new ways to inflict insomnia.

Shaun Barger is a Los Angeles-based novelist who detests cold weather, idiot plotting, and fascism. He splits his days between writing, resisting the siren’s call of Hollywood’s eternally mild summer climes, and appeasing a tyrannical three-pound Chihuahua with peanut butter and apple slices. Mage Against The Machine is his first novel.

Panel moderator Adron Buske is the host of the Fictitious podcast. He is a frequent speaker at pop culture conventions, events, and universities around the country, discussing storytelling, careers in genre entertainment, and ways to power-up your life using ideas from gaming & fiction.